Putting on make-up is like therapy for me, but taking it off isn’t nearly as nice. Cleansing oils have made the process a lot easier of me, especially for liquid lipsticks and mascara. My commitment, however, has been lackluster for one main reason; I had not found my perfect match. I finally did, after kissing a few frogs so, I thought I would share my thoughts on the ones that I have tried. 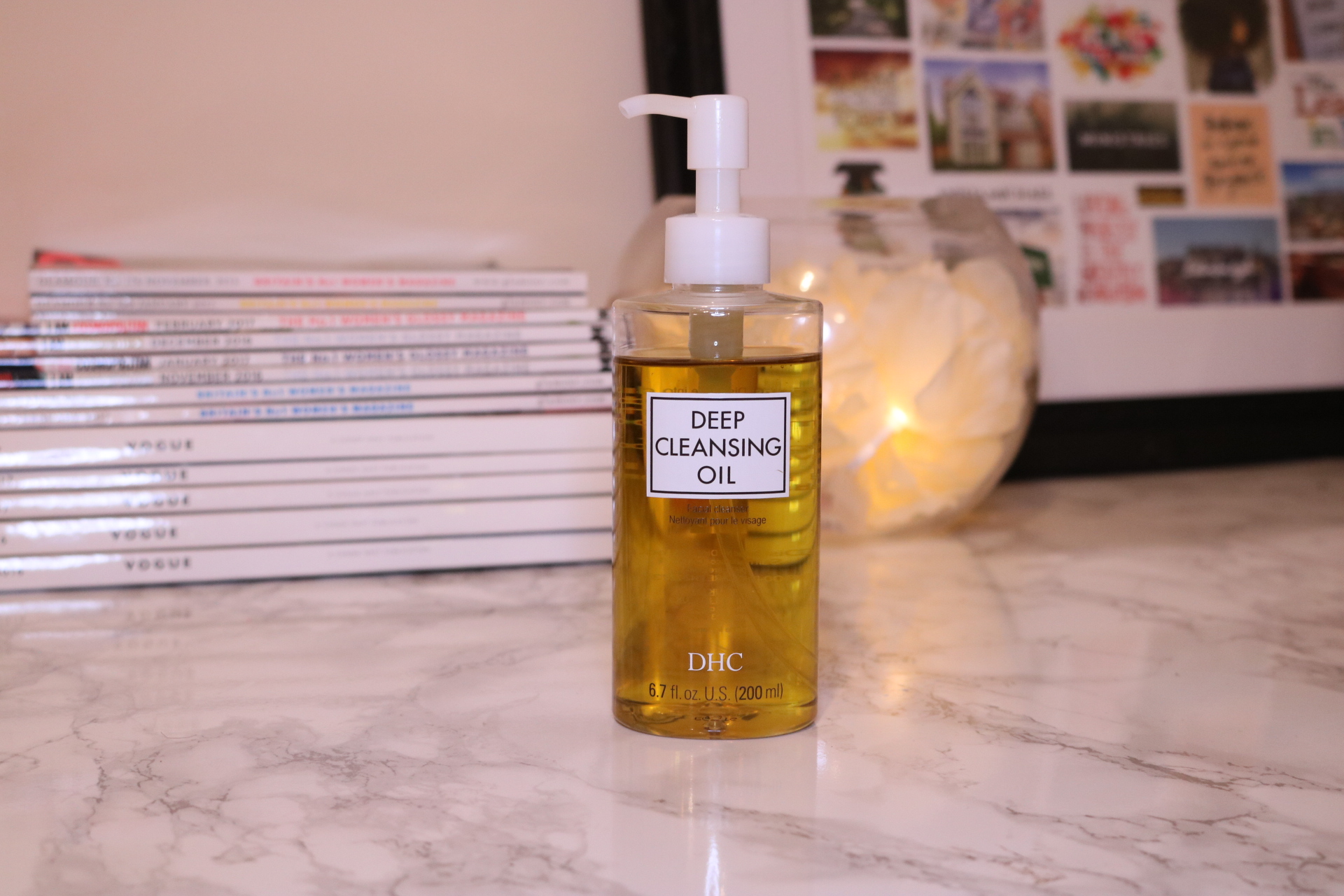 It has been about six weeks since I started using the DHC cleansing oil.  I first got to try the DHC Cleansing Oil after receiving a sample with an order from escentual.com order last year. The sample was only enough for two uses, but I knew after the first use that I would have to get the full size bottle. It is an ‘oil-to-milk’ formulation ( meaning it turns milky when you wet it), which contains olive oil and just dissolves all traces of make-up so effortlessly. The best thing about it is that it doesn’t strip my skin completely like some cleansers do, which I appreciate, even though I have oily skin. What I don’t like about it is the price. Personally, I think it is crazy overpriced at £24 from (Escentual and DHC) for a product that is mostly olive oil and, I don’t know how sustainable my love for it is. 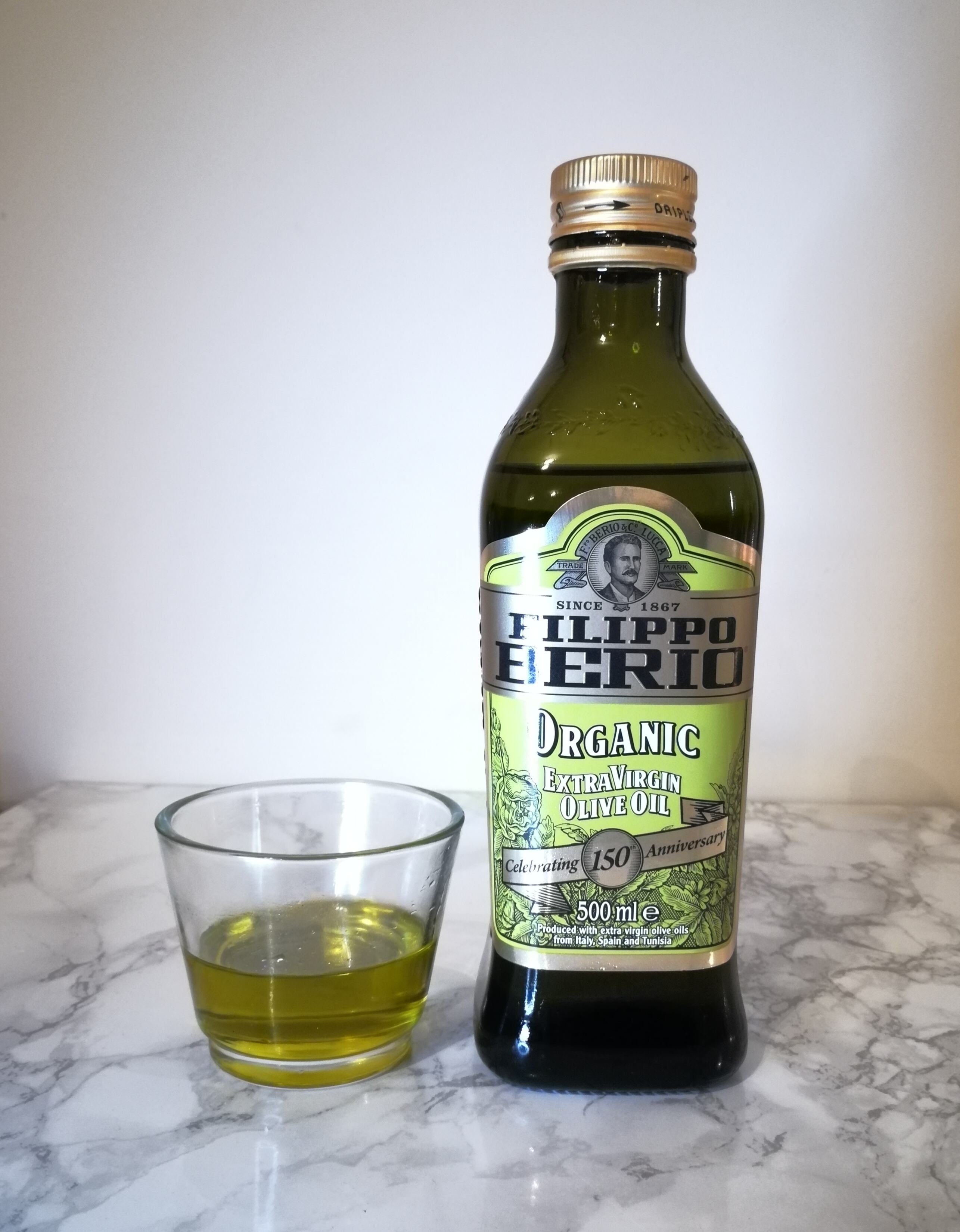 I bet someone thought, “Well, why not just use Olive Oil then?”. It’s not the same. I have tried, and it just isn’t the same. Yes, olive oil will dissolve your make-up but, it won’t wash off as easily. Olive oil does not play well with water so, getting it off it a little trickier. I had to use another cleanser to get it off, which defeated the whole point. All that said, it is an affordable alternative worth considering if you don’t mind the extra admin and the really strong olive smell. 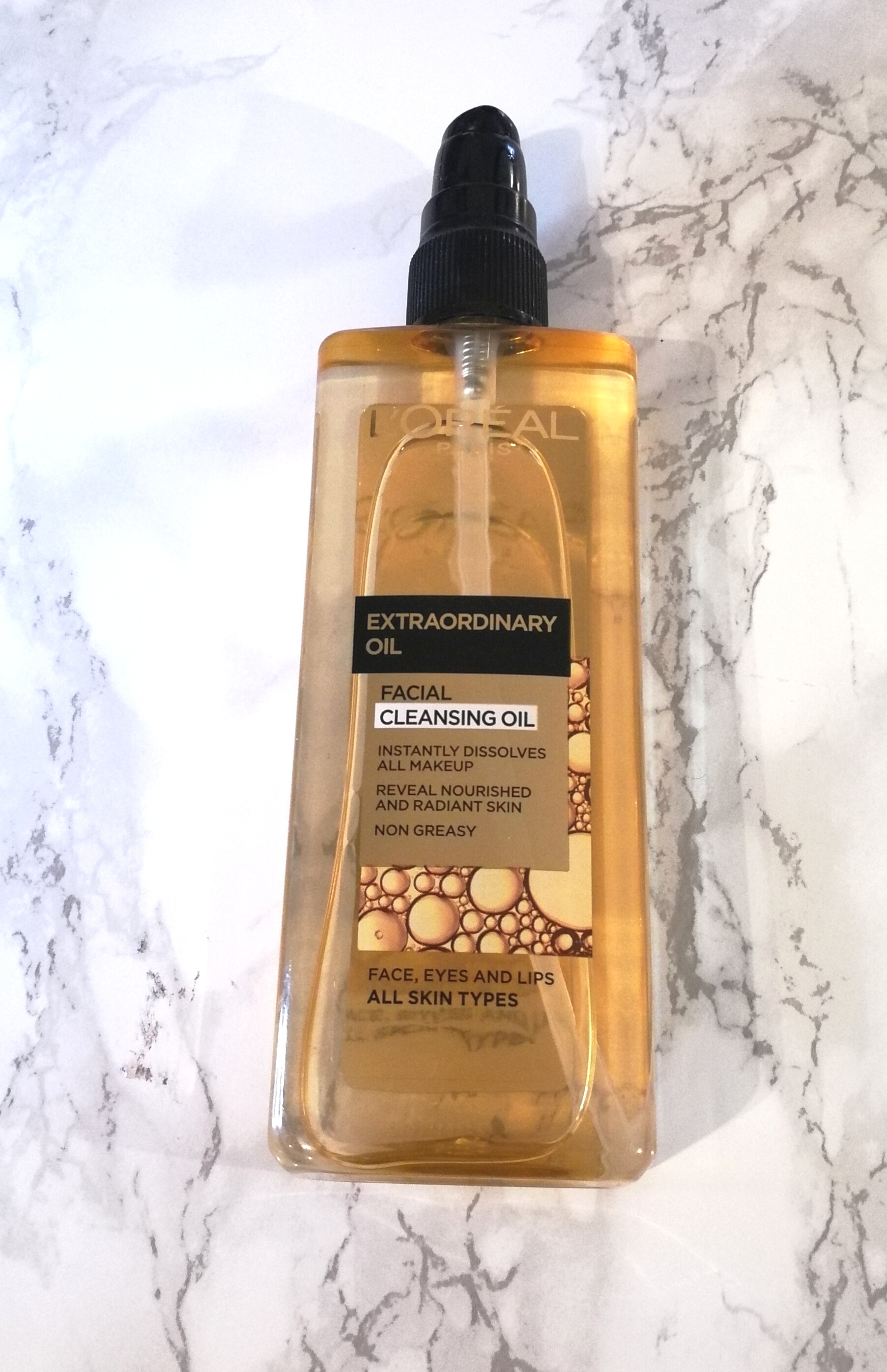 A few years back, I was using the L’Oreal oil on the left, then they discontinued it.Fast forward a little while and they repackaged it to what it is now (right). Same formulation from what I could tell, and equally as good. It works just as well as the DHC Cleansing Oil, but it is basically liquid paraffin (mineral oil) which I think is incredibly cheeky of L’Oreal! The other downside of this is, if you get it in your eyes, it will sting and blur your vision, albeit temporarily (about half an hour to an hour or so) which is almost inevitable if you are trying to remove eye make-up. It is widely available pretty much everywhere for £7.99. 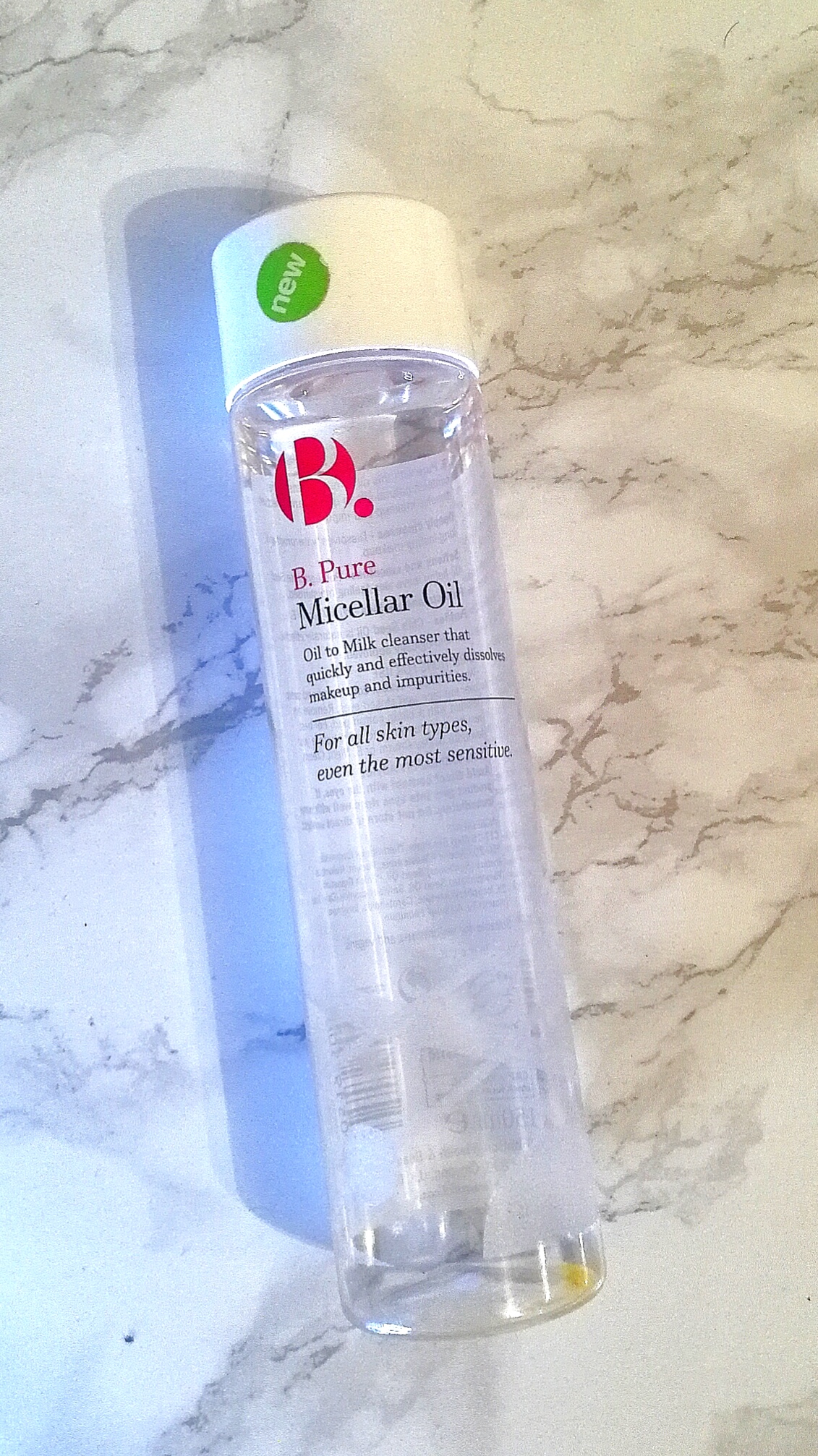 After using the B.Pure Micellar Water, I had high hopes for the Cleansing Oil, but these hopes were quickly dashed. The claims on the bottle are the usual, “dissolves waterproof makeup” and until you try, you assume it does what it says on the bottle right?! It is an oil to milk formulation, same as the other two, which contains pomegranate seed oil, chai seed oil and sunflower seed oil, so you can understand my hopefulness. Sadly, it just didn’t do much and really struggled to get mascara off. I feel like they tried too hard with the formulation and still missed the mark. It is available exclusively at Superdrug online and in-stores.

The general pros of using oil cleansers to remove makeup is they are gentle, effective and non-drying, which makes them good for all skin types. They remove face products (foundation, concealer, powder), eye-makeup and even liquid lipsticks without any hassle, or at least they should. The down side is that some can cause eye irritation, which is a nuisance. I, for one, do not want to be reaching for multiple cleansers just to get makeup off this one face. I want a product that can multi-task and do eyes, lips and face. The DHC does that for me but the price just makes me want to cry. 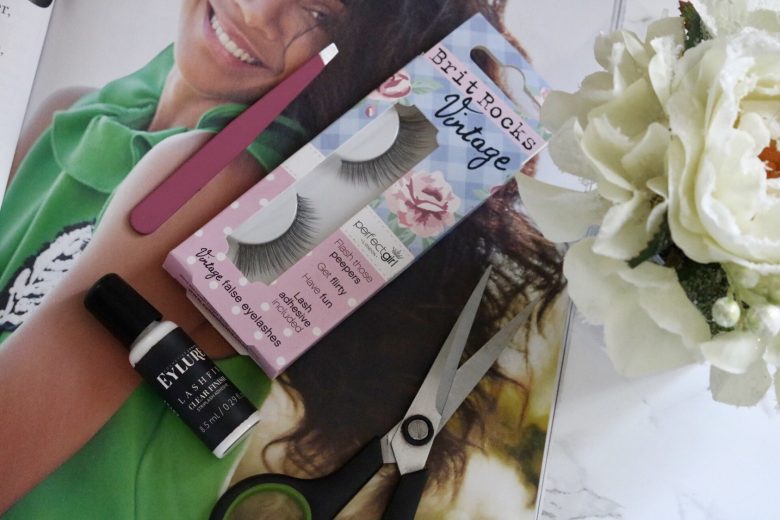 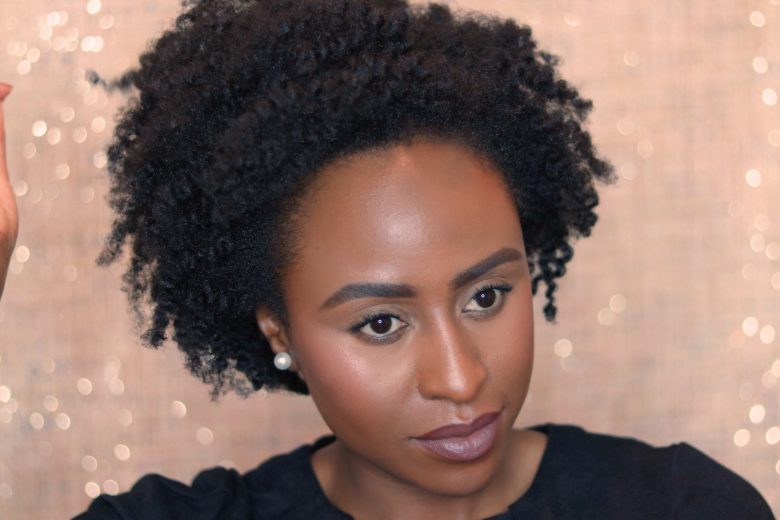 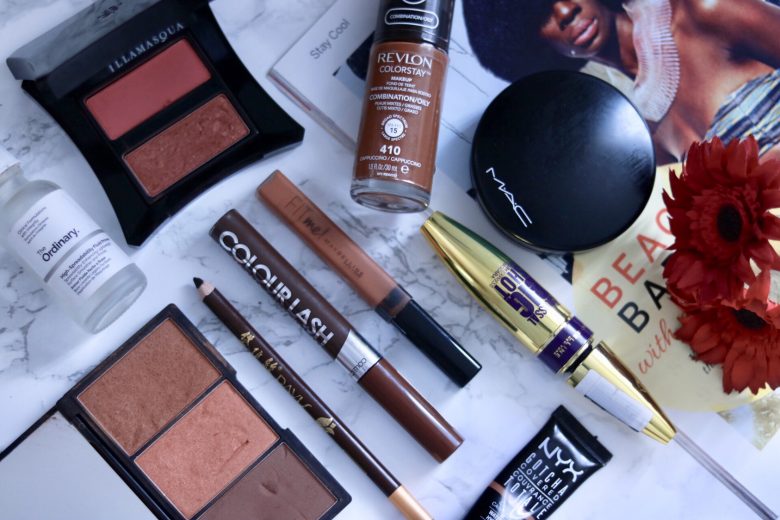 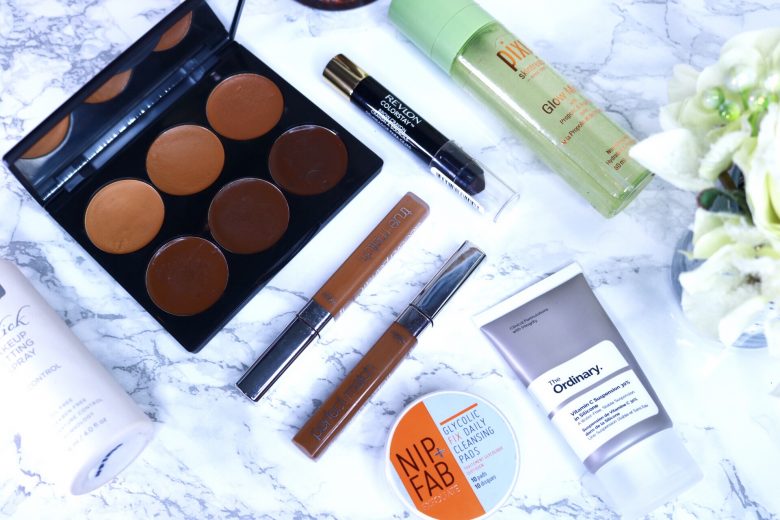